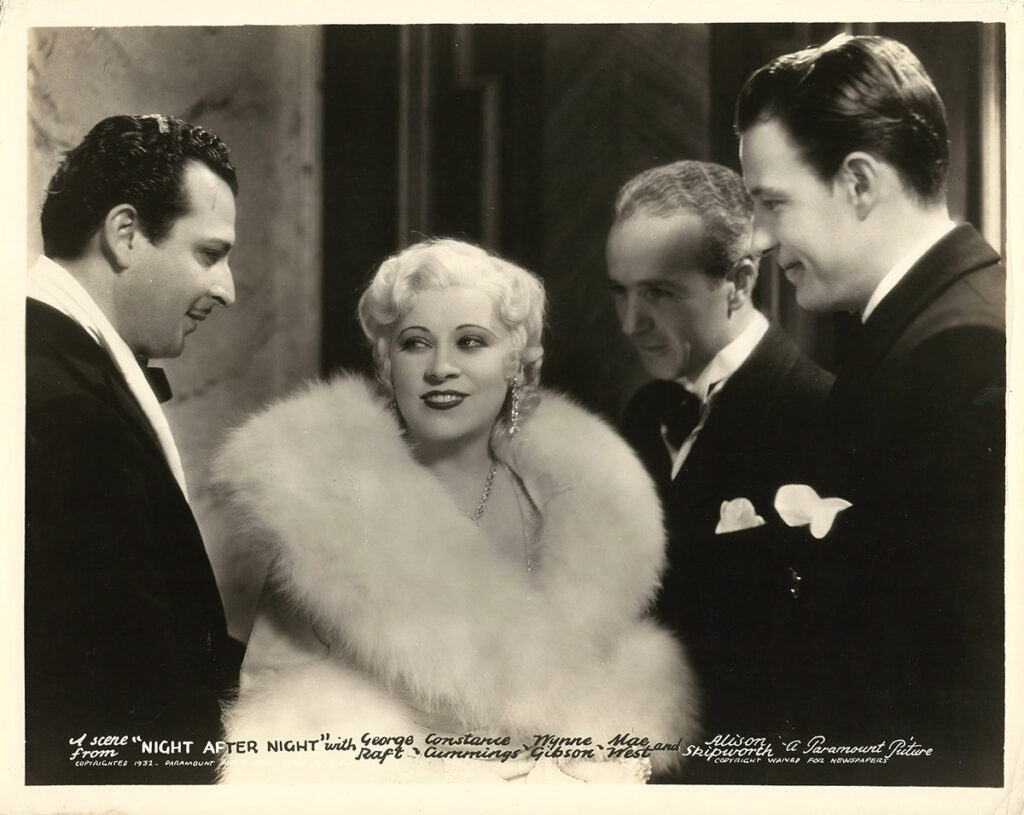 After years of Vaudeville and Broadway star status, Mae West entered the movies at the age of 39. Of course, her brand of comedy relied on the verbal — and once sound film became the norm, it was time for Mae to spread her philosophy to the masses. Her brand of sexual comic innuendo came through as she wrote most of her scripts, or at least her own dialogue for her character. In her very first film, she was such a hit that she was featured in star vehicles for the next 8 years, enduring the strict censorship code enacted in 1934.

Surrounded by her admirers, Mae stole the film in her brief appearance. Full informational text at bottom of image.