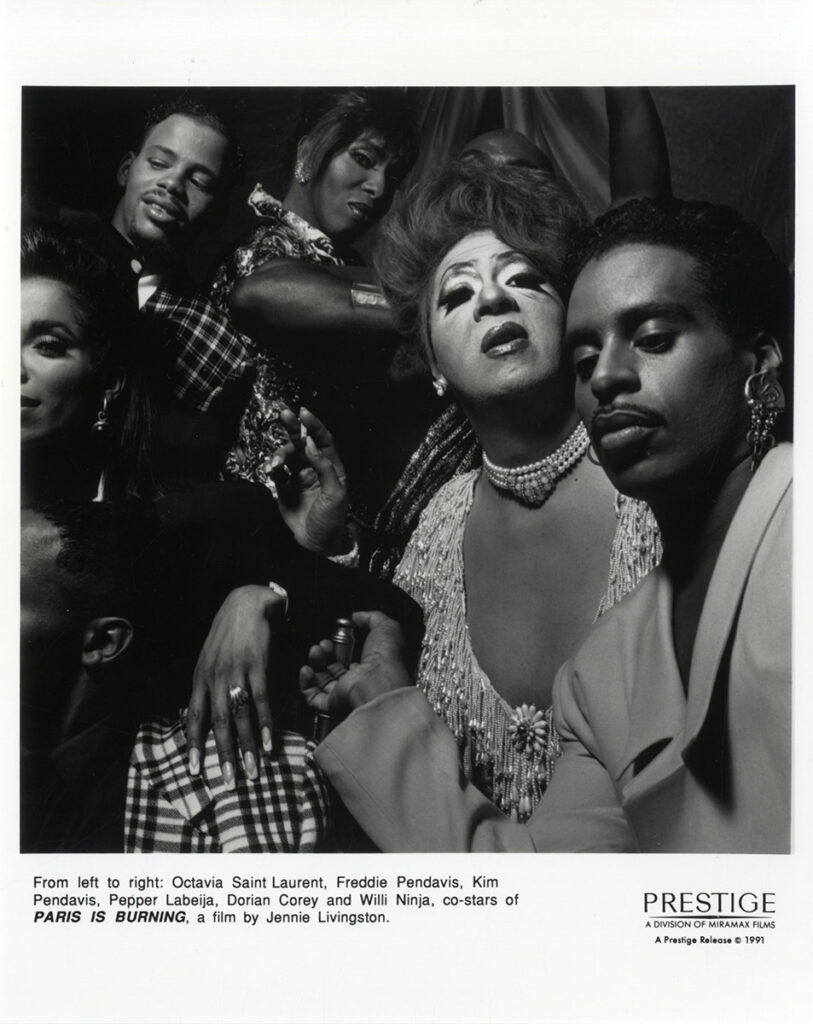 Jenny Livingston’s groundbreaking documentary about the drag ball culture as it then existed in Harlem. This film is now considered a landmark movie, and it was selected for preservation in the United States National Film Registry by the Library of Congress in 2016.

Photos from this film have always been very scarce, and a complete set. like this one, of the eleven photos distributed is especially so. This is only the second such set which I have ever handled.