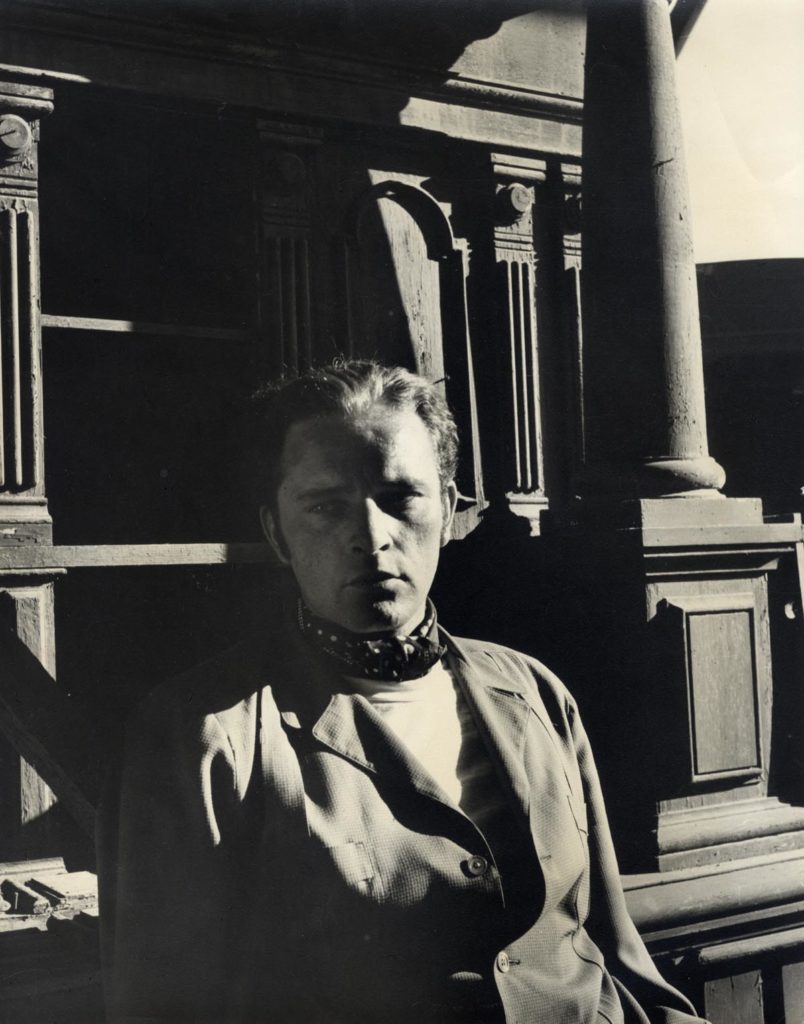 After success on the English stage and in a few films in London, the great Welsh actor came to Hollywood to make the film version of Daphne du Maurier’s novel, My Cousin Rachel. With his brooding handsomeness, he became a popular fixture in the community’s social elite. One of those members was also a respected photographer, both of social activities and portraiture.

Starting her film career as a Goldwyn girl in 1930, Jean Howard was a stunning support actress in the 1930s who became a socialite once she married high powered agent/producer Charles K. Feldman. With entre to the best parties and events, Howard photographed the Hollywood of the 1940s and 50s, which culminated in a grand photography book called Jean Howard’s Hollywood.

On what is likely a film set, Howard has captured a unique and very early image of the legendary actor who would be nominated for seven Academy Awards. The back is stamped in ink twice, “Photograph by Jean Howard,” and “Copyright Jean Howard.” Minor crease towards the top right corner. Light scratch at the mid bottom in black area. ABOUT FINE.