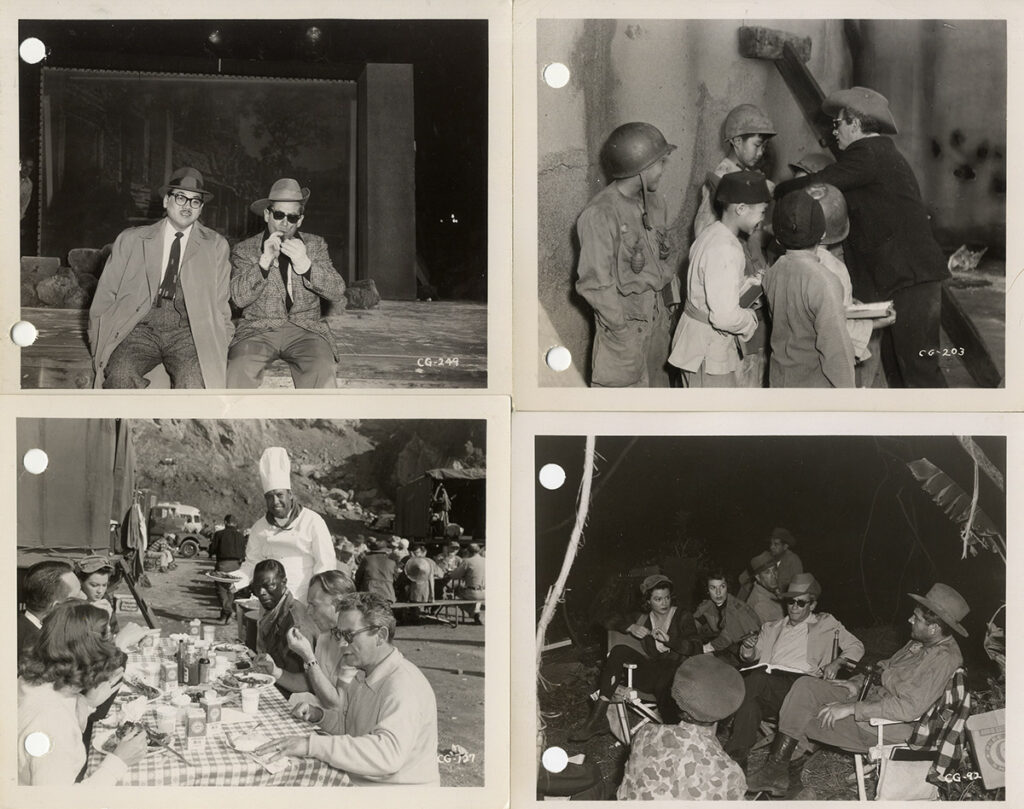 [Hollywood: Twentieth Century Fox], 1957. Set of four vintage original 4 x 5″ (11 x 13 cm.) black-and-white print still photos. Three of the four photos are date stamped on verso, all also have stickers of a photo agency, and punch holes (most likely because they were part of a keybook set). Near fine or better.

CHINA GATE is a Sam Fuller film set during the First Indochina War. All photos show Fuller interacting with various cast members, including one showing him having a meal with Nat King Cole and other actors.