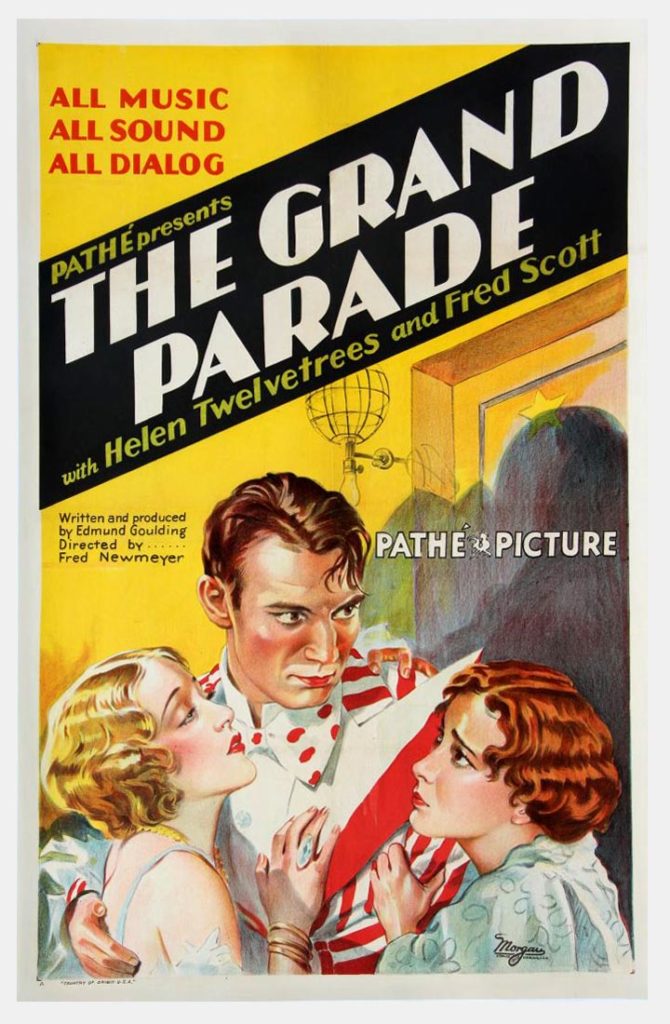 Wonderful stone litho poster for what is believed to be a lost film. Edmund Goulding, well-known director of the 1920s-30s, was also a prolific writer and had started as an actor/playwright and director on the London stage before coming to the U.S.

This story was about a minstrel song man who is known as “Come Back” because of his problem with drink. This early talkie, made just after the Stock Market Crash of 1929, was an attempt to explore in film the tragedies of alcoholism. It gave Helen Twelvetrees a grand role in her best weeping tradition: that of a burlesque actress who becomes pregnant, is thrown over for a showgirl and contemplates suicide.

Show biz and the romantic triangle are the themes of this poster. On linen, with light touch-up only to blank margins and fold lines, NEAR FINE.