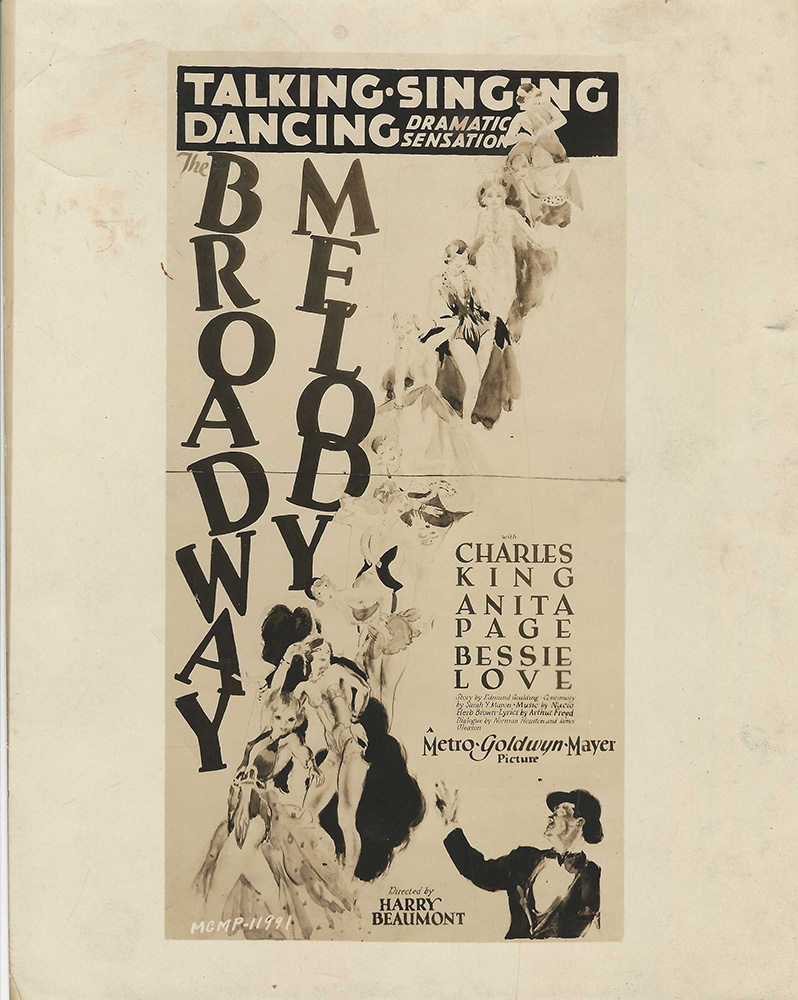 Vintage original 10 x 8” (25 x 20 cm.) black and white single weight glossy silver gelatin print still photo, USA. Charles King, Bessie Love, Anita Page, dir: Harry Beaumont: Metro-Goldwyn- Mayer. The second film to win and the first talking picture to win the Academy Award as Best Picture (for the 1928-1929 season). Made during the transition from silent to talkie films, with MGM the last major studio to make the change, the story of two sisters struggling to make it on Broadway makes for an uneven film overall particularly when compared to those films also nominated for, what at the time was not as major a prize as it has become. The song team of Arthur Freed and Nacio Herb Brown supplied tunes which became a staple of the MGM musical, which Freed would rise as top producer of ten years later. This image of what appears to be the three sheet poster may be the only record of what that poster looked like. Only a handful of one sheets have surfaced on the title. Image has a sepia tint and there is overall soiling, evident in the blank white margins. NEAR FINE.