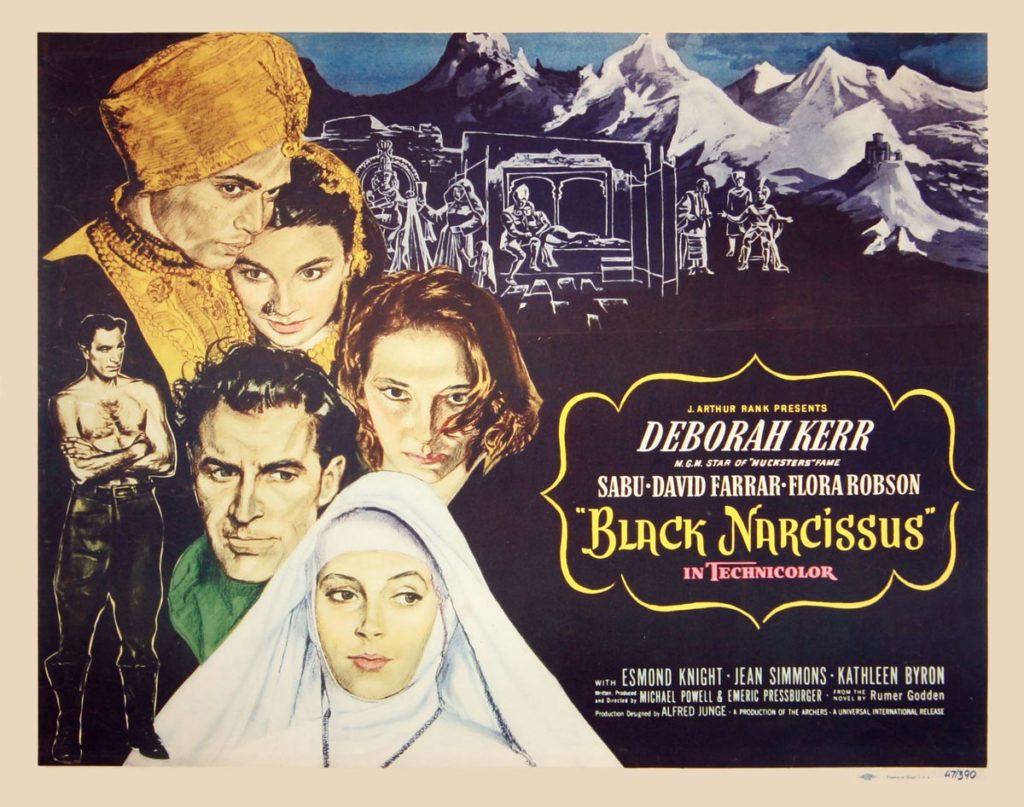 Vintage original 22 x 28″ (56 x 72 cm.) half sheet poster, USA. Deborah Kerr, Flora Robson, Jean Simmons, David Farrar, Sabu, dir: Michael Powell, Emeric Pressburger; Universal. Spectacular Technicolor film which is a psychological study of Anglican nuns who attempt to establish a religious community in the Himalayas. The locations were done in England and Ireland, but all of the Himalayan scenes were shot at the studio in London using glass shots and miniatures. Black-and-white location shots were used, blown up and color chalk applied to them for use in Technicolor. There were two Academy Awards for the color work. One of the loveliest posters ever for this classic film, with its dramatic artwork of all the film’s major characters. Poster has had skillful conservation (without being backed) to blank borders, and it is now in totally lovely condition, ready to be displayed, NEAR FINE.