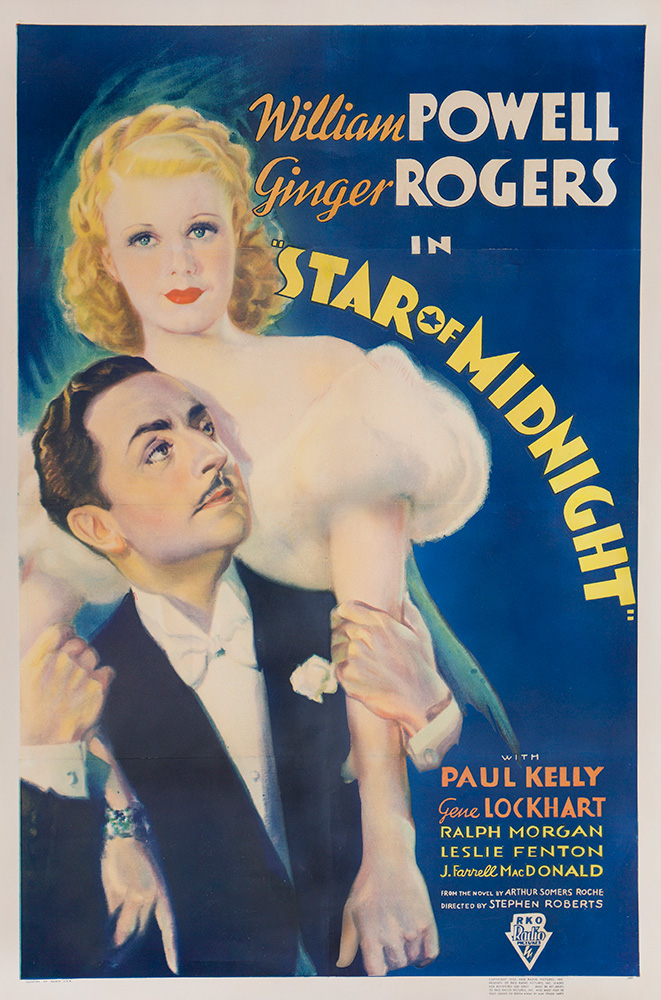 Vintage original 27 x 41” (68 x 103 cm.) one sheet poster, USA. Ginger Rogers, William Powell, Paul Kelly, Gene Lockhart, Ralph Morgan, dir: Stephen Roberts: RKO. Though already established with their cinema team partners (William Powell with Myrna Loy and Ginger Rogers with Fred Astaire), Powell made this fast worded comedy with Roger on loan from MGM, both between films with their frequent co-stars. Similar to the Thin Man capers, Powell and Rogers go on a mad chase to sleuth a murder. Ginger so loved the gowns, such as she wears on this poster, so much that she asked for Bernard Newman to design on many of her RKO movies. Beautiful portrait of both stars, great color, in the tradition of the stunning stone lithograph posters produced for RKO films of the 1930s. Poster is paperbacked with only minor touch up at folds and fold junctions. Some creasing under “William” of William Powell’s credit. ABOUT FINE.