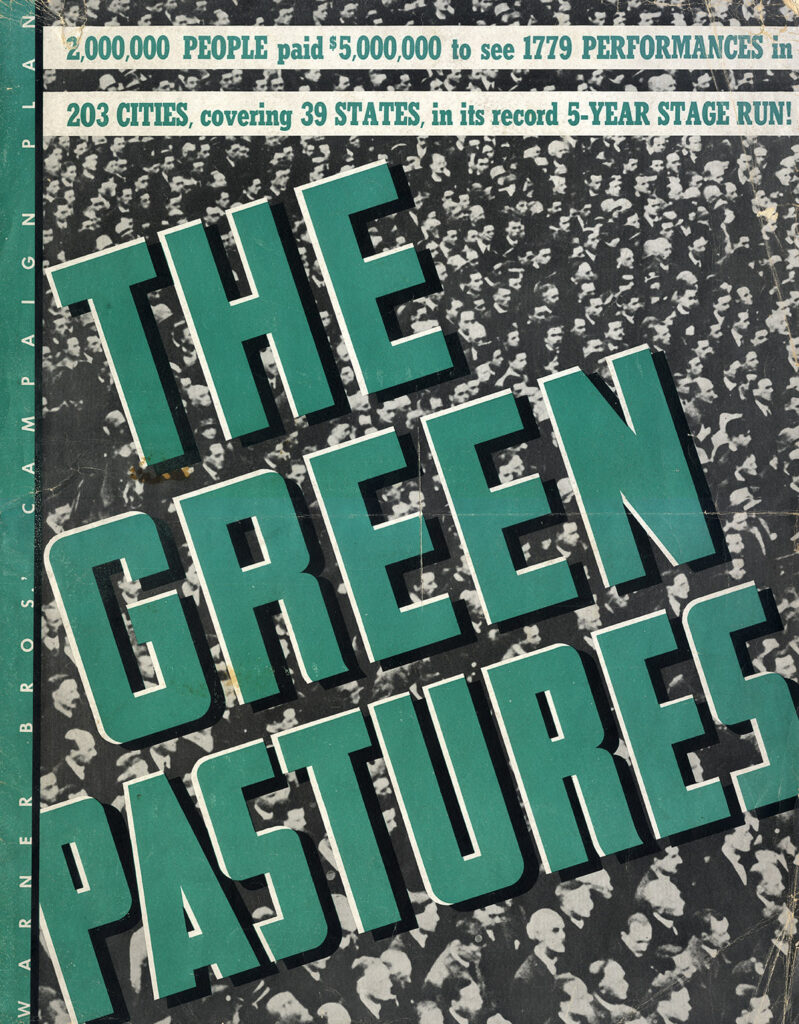 (African American film) Hollywood: Warner Brothers, 1936. Vintage original campaign book, large quarto, 22 x 17″ (57 x 44 cm.), pictorial wrappers, 46 pp., with an 8 3/4 x 11 1/2″ (21 x 29 cm.) promotional flyer laid in. There are some scattered creases, some edges curled, a light scratch in the center of the cover, but this pressbook is utterly complete and, considering its massive format and potential fragility, in exceptional condition, NEAR FINE.

Hollywood’s only Black cast feature film of the 1930s, and the first such film since 1929. Adapted from Marc Connelly‘s play, which was a white playwright’s take on a rural African American view of God, Heaven and various Old Testament accounts, including those of the Creation and Noah’s Ark. Bogle, Hollywood Black, p. 48: “For later audiences, it might look dated, slow-moving, even patronizing… But the talents of the cast were undeniable.”