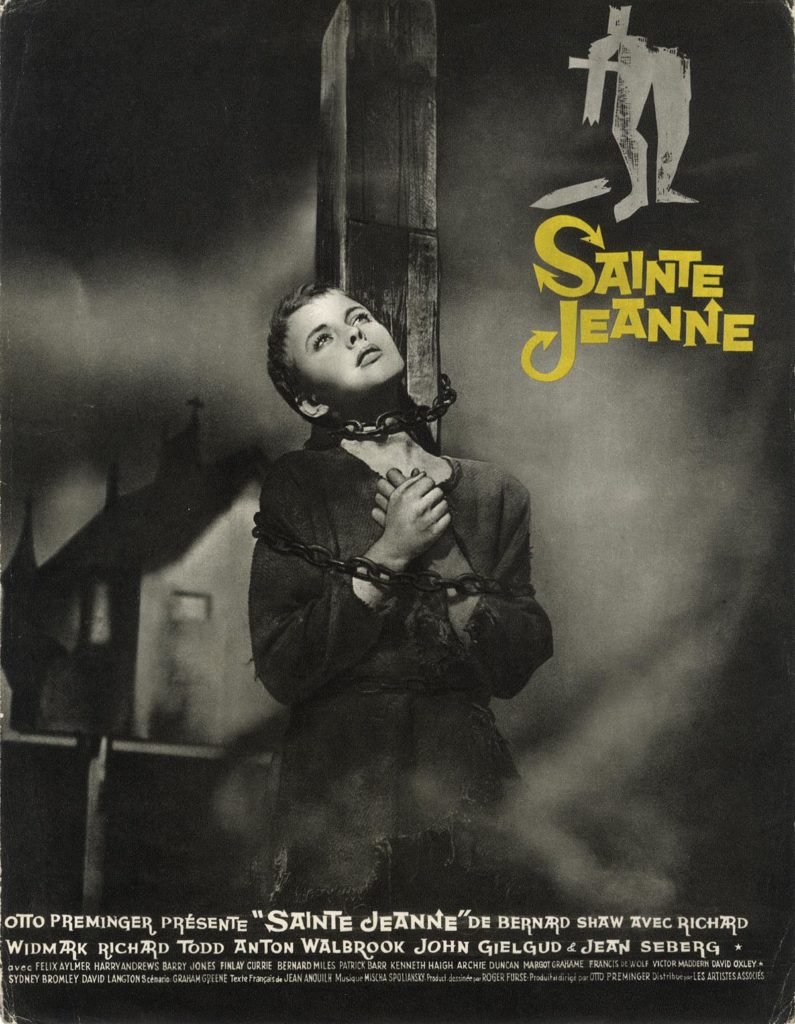 When Saint Joan was first released, Preminger was widely criticized for choosing the adolescent and totally unknown Seberg in the demanding lead role. Obviously, he believed that her naivete and lack of acting sophistication could be major assets — but he persisted and again gave her a lead role in his next film, Bonjour Tristesse. Mostly set during a vacation in southern France, it is one of his masterpieces, in which Seberg shows how much she has grown as an actress in just one year.