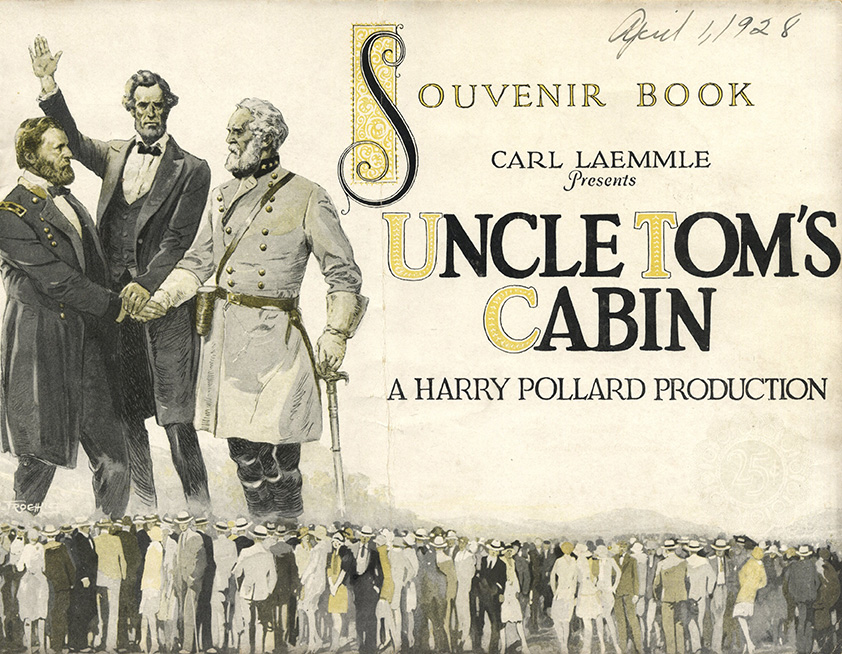 The 1927 UNCLE TOM’S CABIN was one of the three most expensive of all American silent films to produce. Charles Gilpin was originally cast in the lead role of Tom, but Gilpin (who had previously created the role on stage of the Emperor Jones) was dismissed when Universal deemed his performance as “too aggressive”. Gilpin was a man with very strong personal beliefs, and he could not tolerate the racism that was then universally prevalent in American theater. He repeatedly asked Eugene O’Neill to remove the word “nigger” from the text of THE EMPEROR JONES. When O’Neill definitively refused, Gilpin was replaced in later casts of the play by Paul Robeson.

Inevitably, this was an important film, one of a very few Hollywood silent films with showcase roles for black actors. The program contains a variety of images which show the African American cast members. Ephemera from this film is uncommon, and this is only one of two examples of this booklet which I have ever seen.