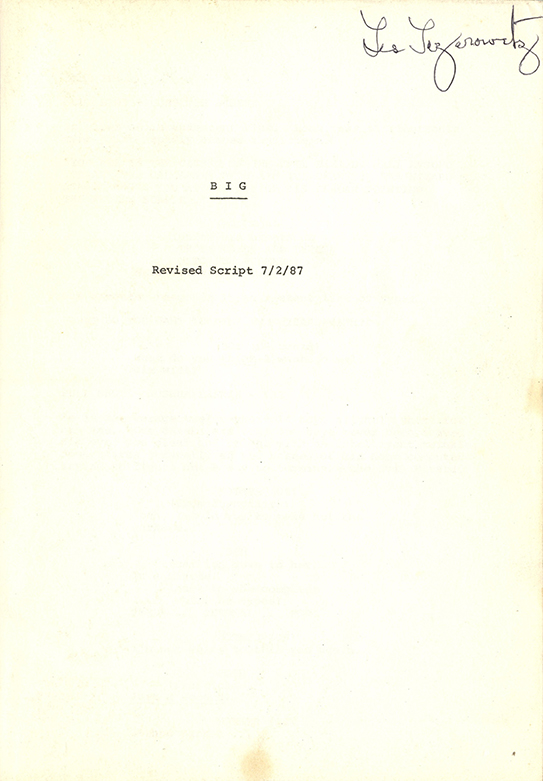 A “shooting script” and a “revised” shooting script of this original screenplay, the latter shot through with dated revises on variously colored stocks. Penny Marshall directed the June 1988 release, starring Tom Hanks, Elizabeth Perkins, Robert Loggia, et al. Ross and Spielberg’s script won a Saturn Award for Best Original Screenplay, and the film was the recipient of a number of other nominations: Oscar, WGA, Hugo, etc. Both of these drafts bear the ownership signature of Les Lazarowitz, production sound mixer for the film.

BIG was an enormously popular mix of fantasy and comedy and remains a beloved film of the late 1980’s. The pair: 750.00