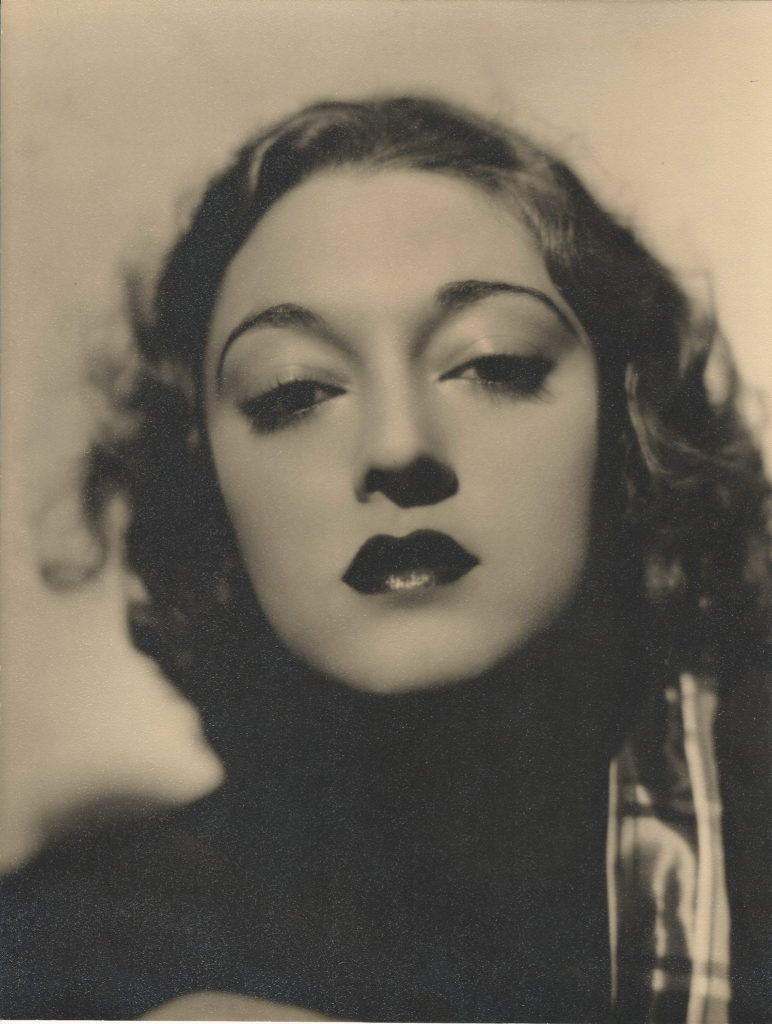 Vintage original 10 ¼ x 13 ½” (26 x 33 cm.) sepia tinted double weight matte print still photo, USA. AN absolutely stunning studio portrait of the 19 year old actress who retained film fame for her first movie role, that as The Panther Woman in the horror classic ISLAND OF LOST SOULS. Her film career would last just 6 years and she would often play uncredited roles or smaller roles in B films. She won the coveted role in a contest. She was working as a dental hygienist in Chicago, submitted her photo to play the role of the Panther Woman, and won. A really fine piece exhibiting the quality and artistry of Hollywood portrait photography of the period. ABOUT FINE.