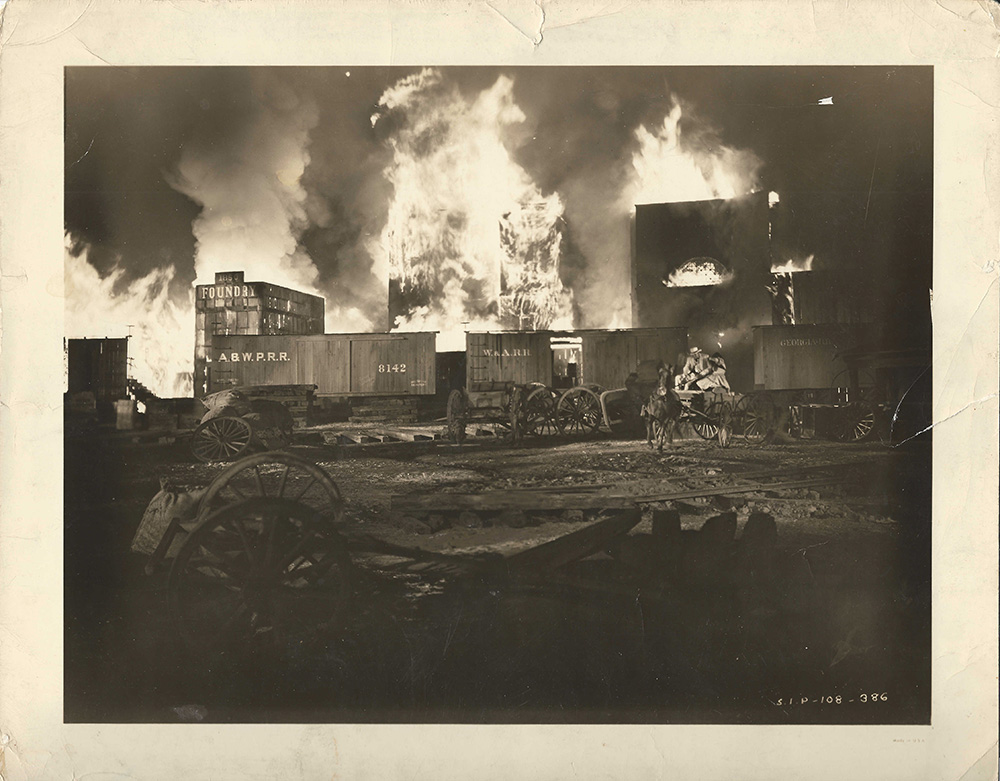 GONE WITH THE WIND -Y34- THE BURNING OF ATLANTA

SIP 108-386- Depicts Scarlett and Rhett during their plight to escape the Yankee invasion of Atlanta during the Civil War. This scene, in which various standing sets of the Selznick backlot were burned to achieve the spectacle of the burning of Atlanta (including the great wall of KING KONG here) was amongst the very first footage filmed in late December 1938. Stand-in for Clark Gable and Vivien Leigh (who had not been cast as of yet) enact the scene. A portion of the attached paper blurb on the verso is missing. There are border and corner creases and a 2” (5 cm.) tear at mid right side of the photo. VERY GOOD.