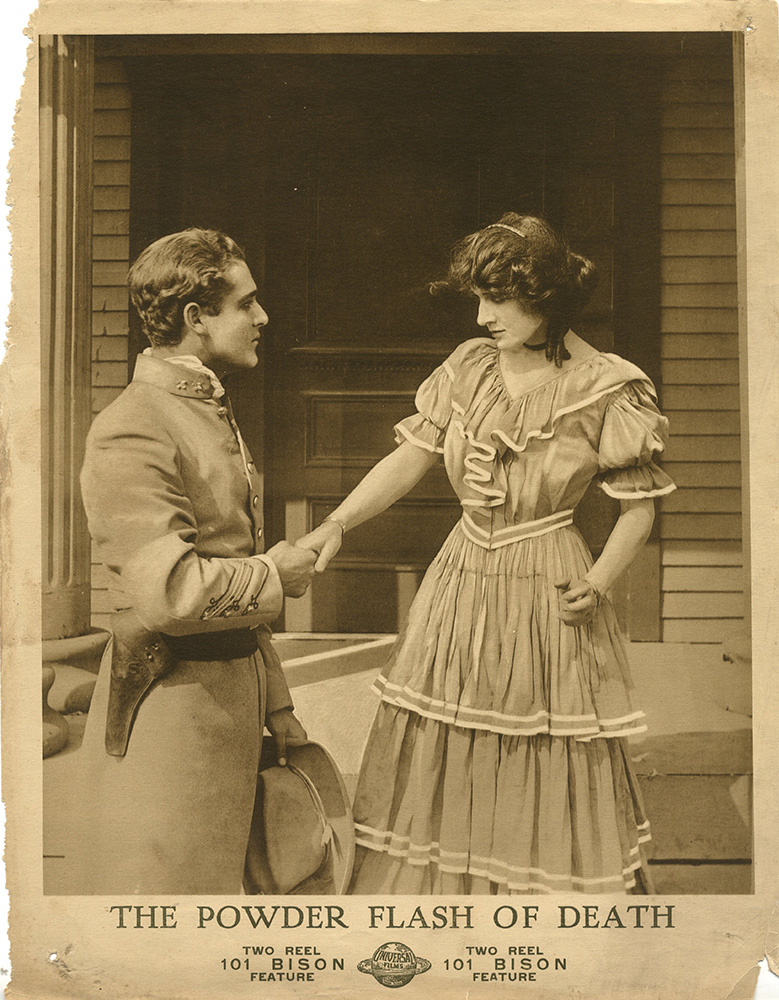 One of the earliest lobby cards in existence, from Allan Dwan’s THE POWDER FLASH OF DEATH first released on July 8, 1913. The first lobby cards were precisely like this one — they were vertical in layout, and appear to have been used primarily to promote films from the then-young Universal Studios. This is a very early film for either the handsome Marshall Neilan (who would become a major film director) and director Dwan. There is some damage and light staining to margins, VERY GOOD.