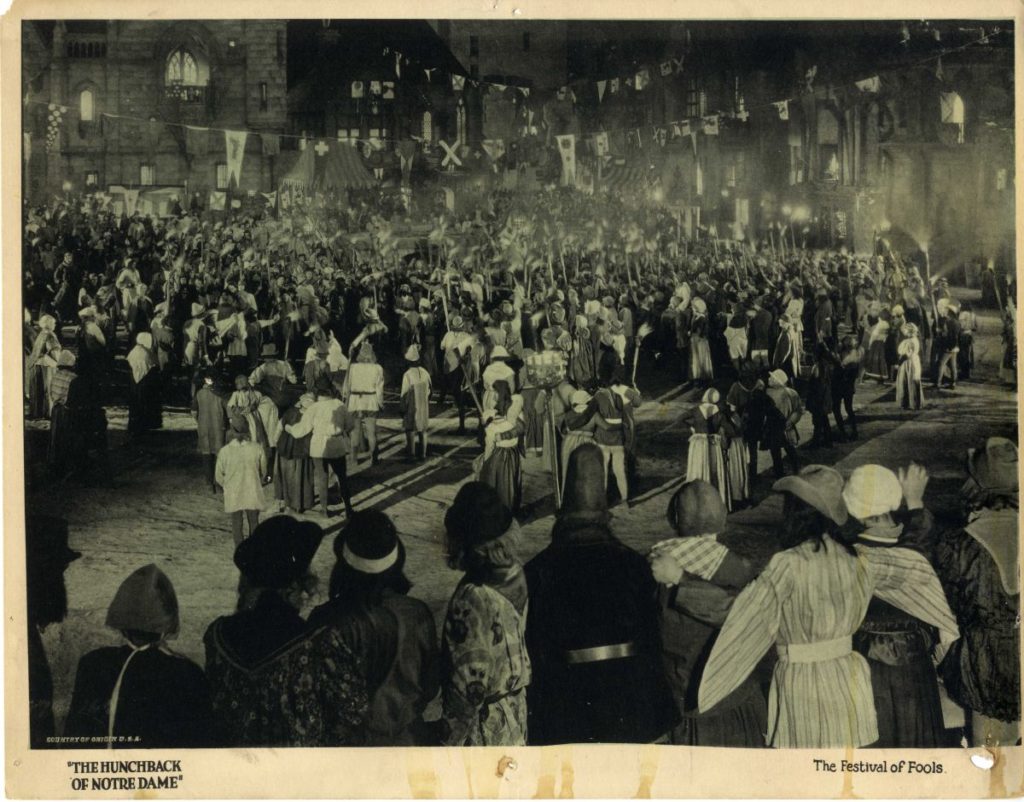 Vintage original 11 x 14″ (28 x 35 cm.) lobby card, USA. Lon Chaney, Patsy Ruth Miller, Norman Kerry, Kate Lester, dir: Wallace Worsley; Universal. The iconic silent film version with the brilliant Lon Chaney characterization of disfigured bell ringer Quasimodo show saves the gypsy Esmeralda who showed him kindness from being sentenced to death. Chaney conducted in-depth research for his role, including the interviewing of numerous people with physical deformities. His make-up included false teeth, puttied cheeks, a false eye and a 15 lb. plaster hump on his back.
For the “Festival of Fools”scene, extras were recruited in downtown Los Angeles for $1 per night. That included an assortment of prostitutes and thieves, who made a fair amount of money on the side during the long shoot. Printed off center and not trimmed. Pinholes in white border, some stains in bottom border, VERY GOOD.