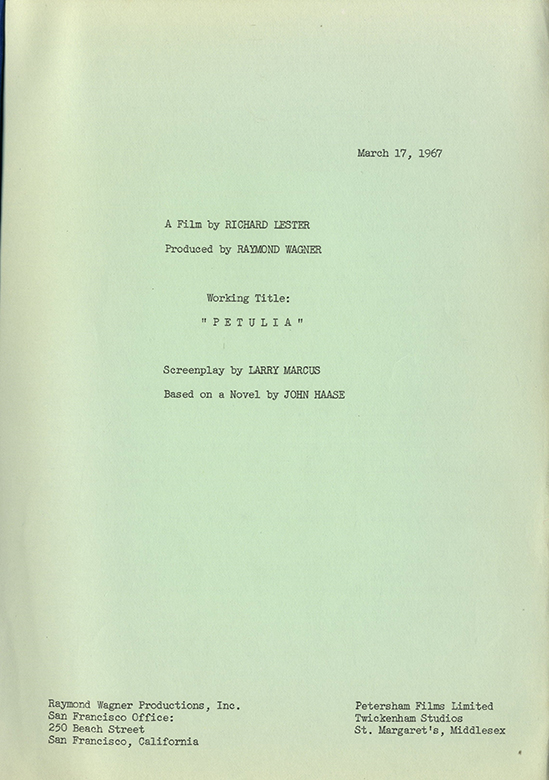 Richard Lester’s film, adapted from the novel ME AND THE ARCH KOOK PETULIA, was shot on location in San Francisco at around the time of the Summer of Love. This movie is often acknowledged as a masterpiece, though a haunting and tragic one, about an ill-fated romance set against a backdrop of a counter culture which preaches free love, but where there is a stunning indifference to the lives of actual human beings. This remains one of the really important American films of its period.