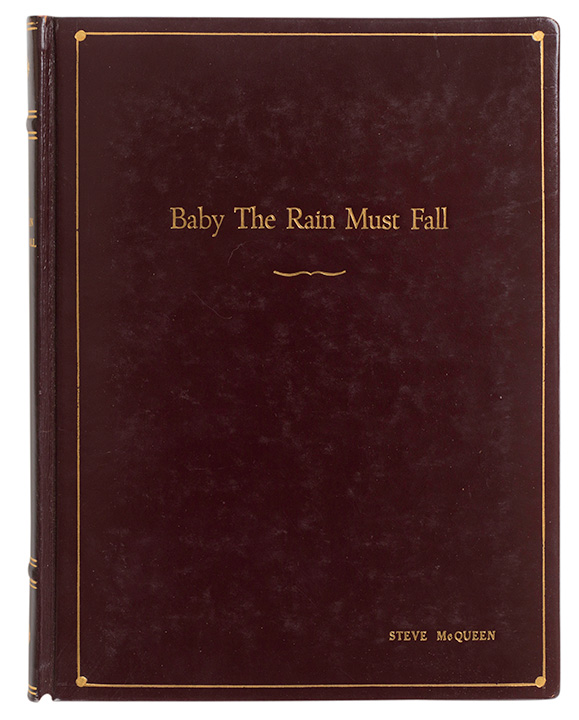 Steve McQueen’s copy of the script for BABY THE RAIN MUST FALL (under the working title of THE TRAVELING LADY), with his name stamped in gilt on the front board.

Based on Horton Foote’s 1955 play The Traveling Lady, set in Texas and Ohio, and adapted by Foote for the screen. A grim tale about the difficult relationship between a haunted young mother (Lee Remick) and a moody ex-con (Steve McQueen). Well received at the time of its release, with career highlight performances by both McQueen and Remick. This was one of McQueen’s breakthrough early starring roles, and very definitely an important one in his career.