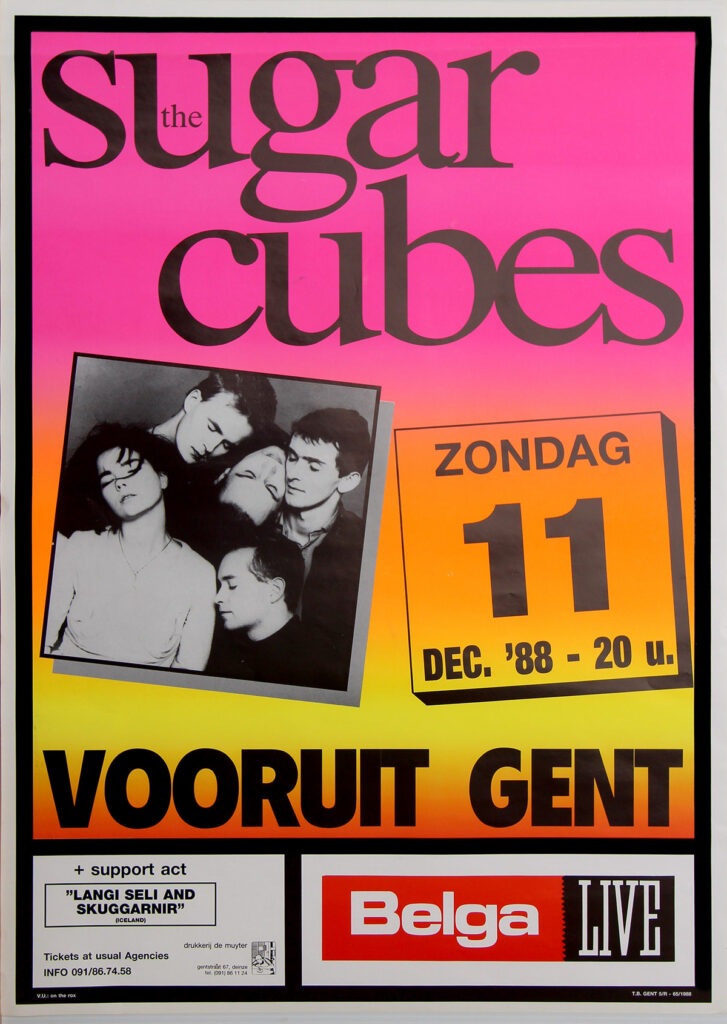 They were an Icelandic alternative rock band, around from 1986 until 1992, the year when they disbanded.

This December 11, 1988 concert in Ghent, Belgium, is from the same year as the release of their debut album, Life’s Too Good, which was an unexpected international success and which contained their signature song, “Birthday”.