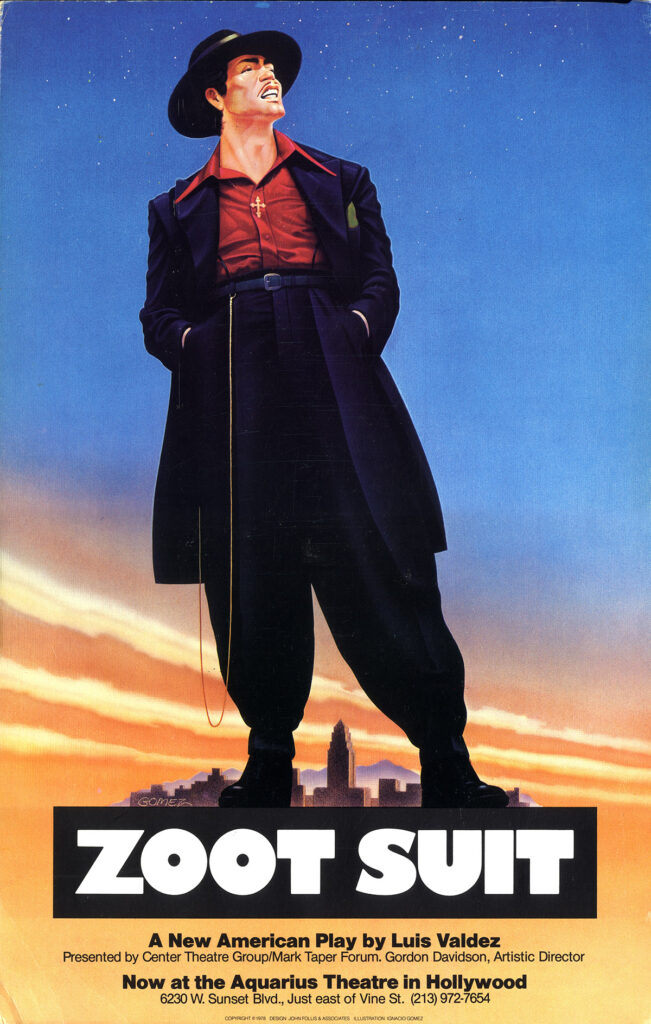 ZOOT SUIT is a landmark play in the history of Latino theater. Its examination of the calamitous 1943 event called the Los Angeles Zoot Suit Riots (in which young Latino men were assaulted) remains a high point in theatrical representation of 20th century California history. The play, written and directed by Luis Valdez, had its world premiere at the Mark Taper Forum for a ten-day run, April 20-30, 1978. That initial run was an enormous success, selling out in two days, with each performance given to very enthusiastic audiences composed of Taper ticket holders as well as many Mexican-Americans.

It was immediately obvious that this play about the riots and their aftermath really spoke to the Latino theater-going public. In time, the play has come to be regarded as a landmark in the history of Latino theater. After its initial run, the play was revived in August, 1978, for an equally successful — but much more extended — run, and this poster was created for that engagement.