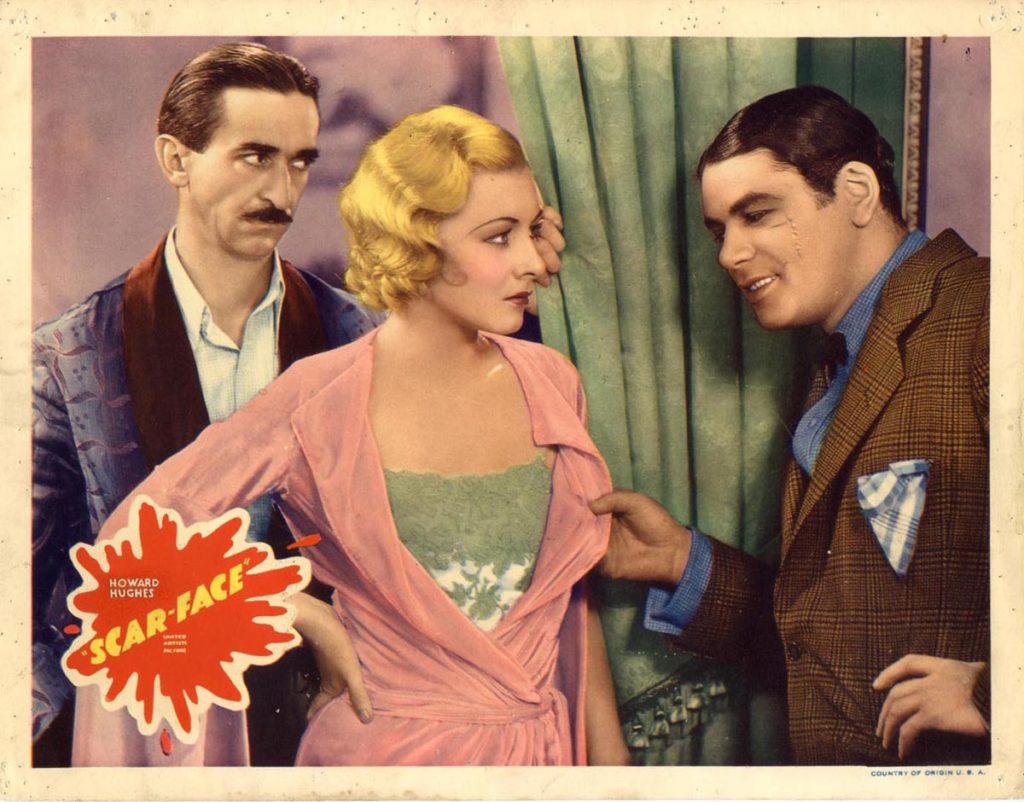 Story is of an insane and violent gangster who rises to the top of the mob, but whose weaknesses cause his downfall. The screenplay was written by Ben Hecht, who lived in Chicago just prior and knew Al Capone and his people. The main character was largely based on Capone and he even sent two of his thugs to Los Angeles to question Hecht. Capone loved the film so much, he owned his own copy.

Producer Howard Hughes first gave into the demands of the censors who felt the film made crime look too easy by filming an alternate ending in which Muni’s character is sent to his death (minus Muni and the star cast). He disliked it so that he went and released the film without the censor boards’ approval, something he could not have done two years later.

Speaking of which, a scene as depicted in this card would not have been allowed soon after, either. Muni as scarfaced Tony “inspects” Poppy (Karen Morley) wearing a négligée as gangster Johnny Lovo (Osgood Perkins), wearing his robe, witnesses the scene. This is an entirely unrestored example, it has multiple pinholes in margins, VERY GOOD.