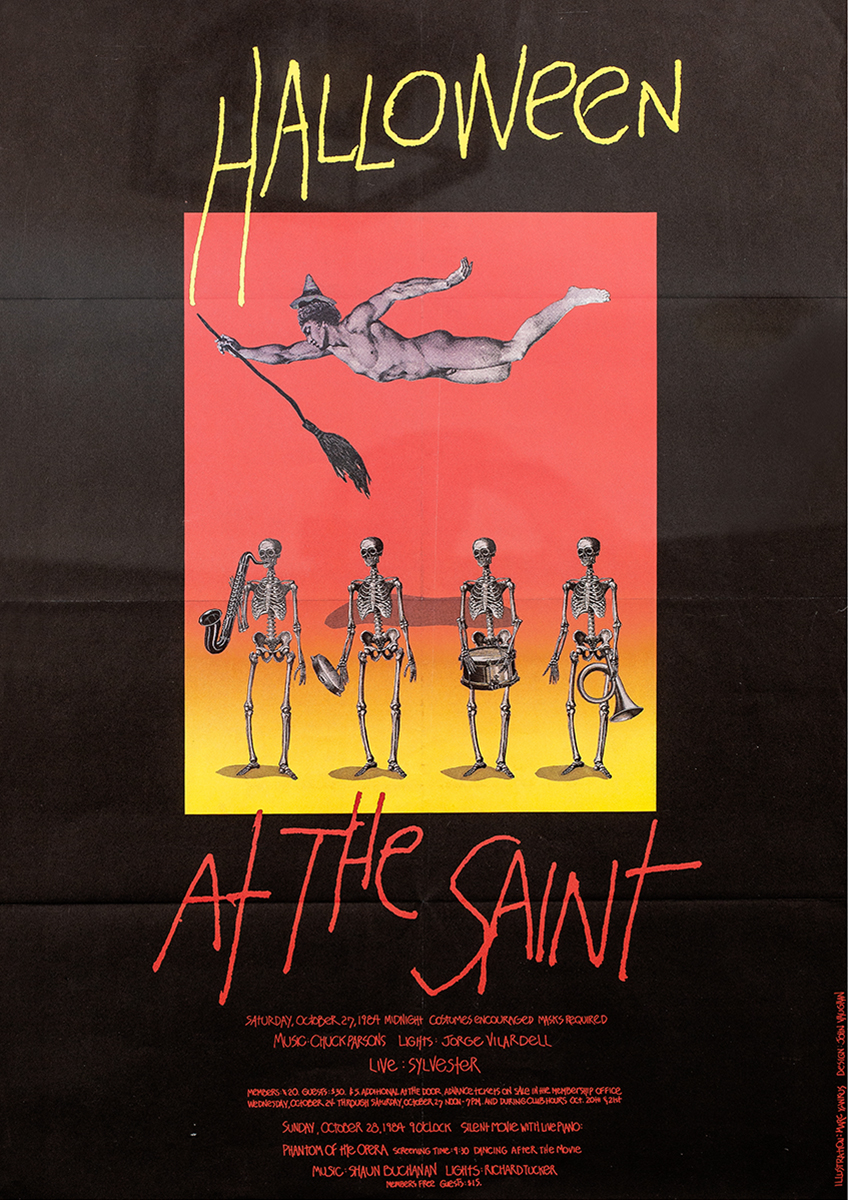 Created for Manhattan’s famous gay disco, The Saint, this stunning poster archive consists of 33 extraordinary pieces and date from 1982 through 2004. The super club (as it was originally designated) opened September 30, 1980 and closed April 30, 1988. However, its spirit, the music and, of course, the dancing and everything that went with it, continues on as The Saint At Large.

These pop-up events included the infamous Black and White Parties and annual Halloween and New Year’s Eve fantasy extravaganzas. As a club, The Saint pushed the limits of the experience and architecture of the discotheque, and its design created an environment for gay men to live openly and find a sense of community. Its importance in New York’s LGBT movement is now recognized by the NYC LGBT Historic Sites Project. 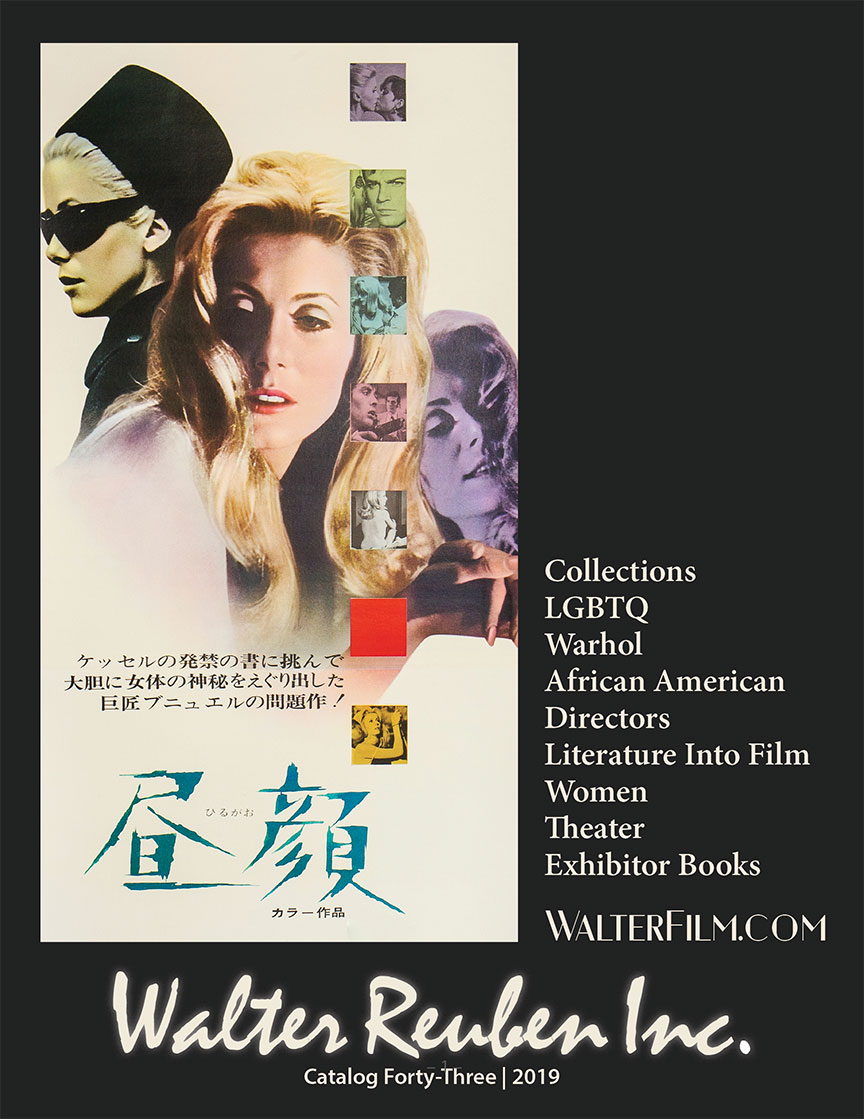 WalterFilm.com’s second catalog (#43/201) contains 84 pages and encompasses ten categories that include The Saint Poster Collection , (33 posters (1982-2004) from one of New York City’s most notorious gay discos) and a Katharine Hepburn Archive of 230 vintage photos chronicling her 62-year motion picture career.

The catalog’s cover (above) is graced by a stunning Japanese poster of Luis Bunuel’s masterpiece of erotica “Belle De Jour” focusing on a collage of images of the film’s star, Catherine Deneuve.

Below are several catalog pages and description of its contents or CLICK HERE if you’d like to view the entire catalog as a Flip File. 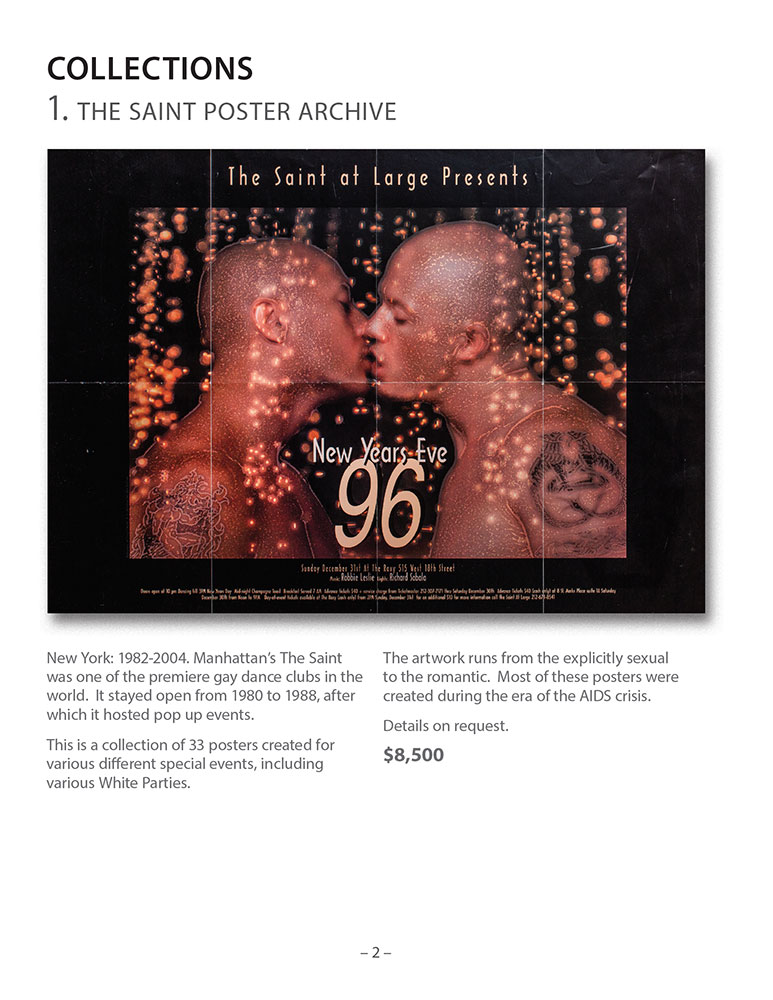