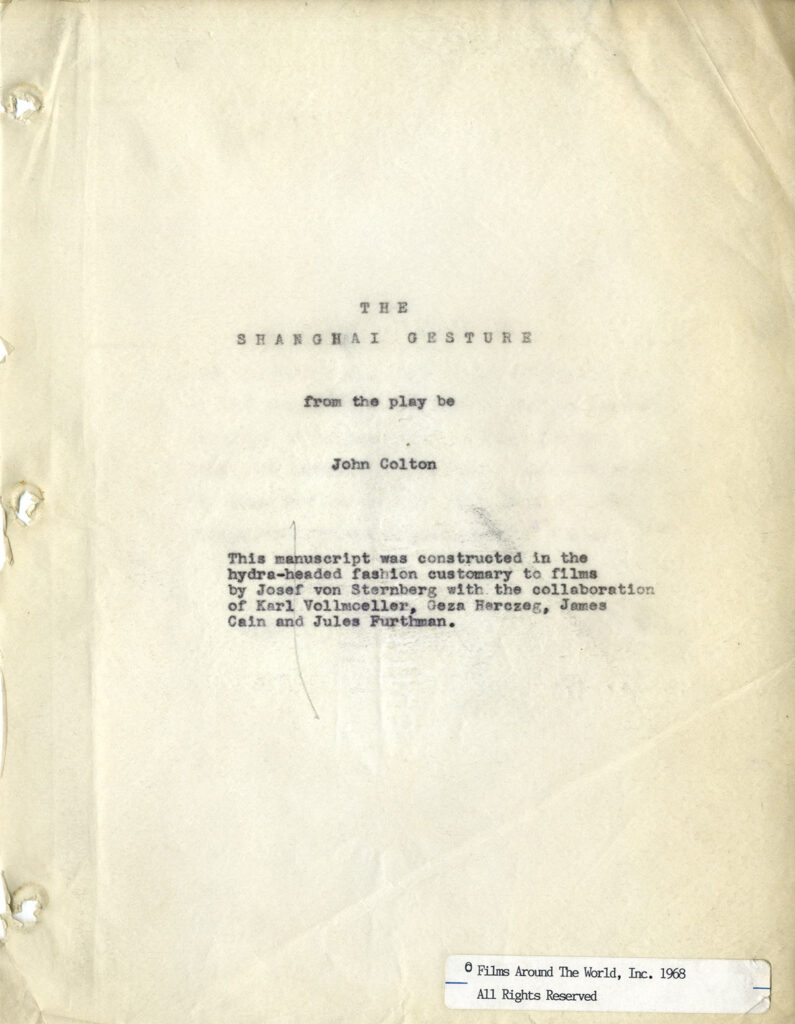 SHANGHAI GESTURE, THE (1941) Film script adapted from the play by John Colton

[Hollywood: 1941]. Vintage original film script, 11 x 8 1/2″ (28 x 22 cm.). Onionskin typescript, brad bound, 157 pp. The first 20 pages are rather crudely dogeared at the top, generally NEAR FINE. There is a sticker on the bottom right of title page from a film distributor with a 1968 date, but that bears no relation to the actual date of this script. A blank back wrapper is present, there is no front wrapper.

The script has a rather snarky note: “This manuscript was constructed in the hydra-headed fashion customary to films by Josef von Sternberg with the collaboration of Karl Vollmoeller, Geza Herczeg, James Cain and Jules Furthman.” Author James M. Cain is known to have indeed worked on this movie, although his work was uncredited in the final film. Furthman was a very frequent collaborator with Sternberg; in fact, this was his eighth and final Sternberg film.

Silver and Ward, Film Noir, pp. 255-6: “The nightmarish, almost Baroque environment that von Sternberg creates in THE SHANGHAI GESTURE contains much of what was to become a standard expression of the noir vision… Obviously anticipates and has everything to do with the postwar noir vision fatality and inexplicable malaise.”