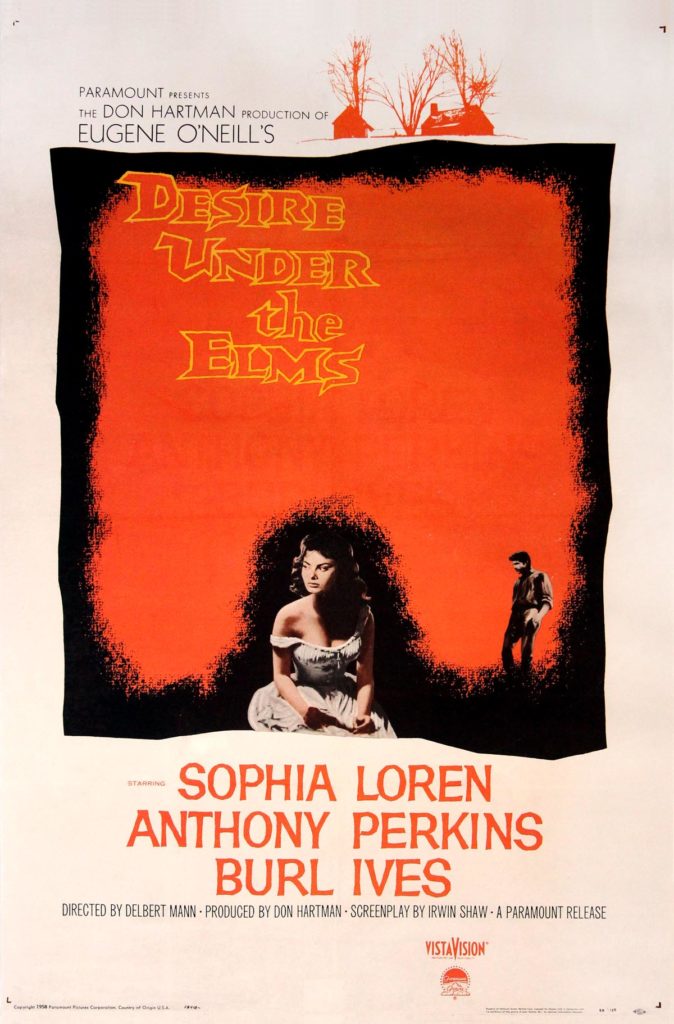 DESIRE UNDER THE ELMS (1958) One sheet poster

Wonderful graphic of Sophia Loren against a flaming red background. The poster is backed on linen. There has been touch-up to the blank white background at the top of the poster, to the fold lines and a few spots of the black in the image background. Some inner tears in the orange/red have been touches up. There are some light creases in the lower right third of the poster above the credit area. VERY GOOD-FINE.