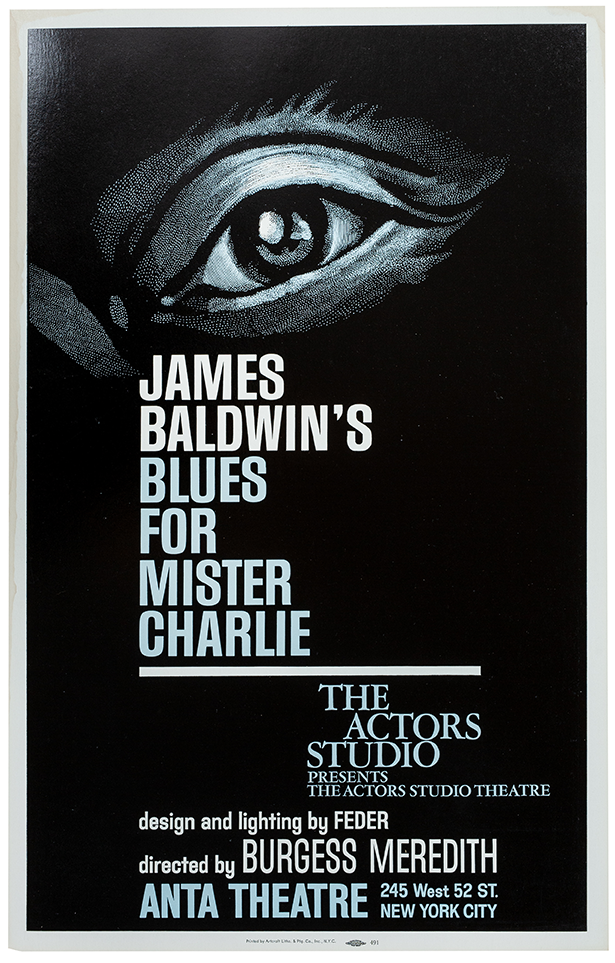 BLUES FOR MISTER CHARLIE was James Baldwin’s second play and first play to be presented on Broadway, receiving 148 performances under the directorial aegis of Burgess Meredith. It opened on April 23, 1964.

A tragedy in three acts, loosely based on the murder of Emmett Till in Mississippi. It was dedicated to the memory of Medgar Evers and the dead children of Birmingham. Woll, pp. 29-30: “Prior to the opening, Baldwin explained: ‘I want to shock the people; I want to wake them up; I want to make them think.'”