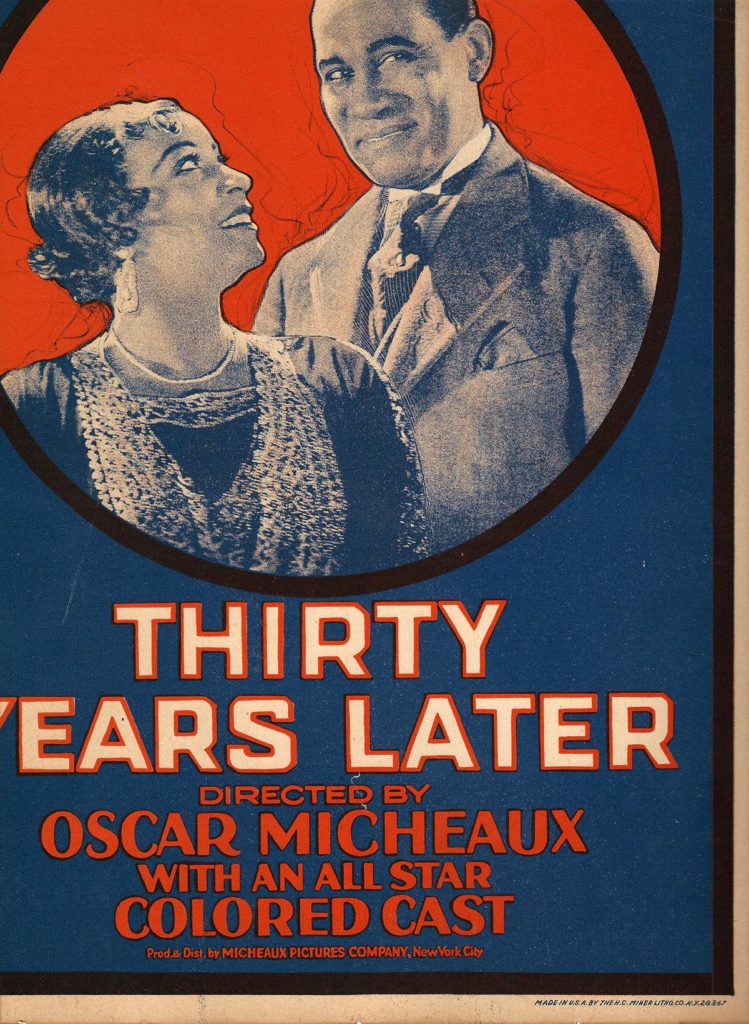 This is the only example of this poster (or ANY poster) for this film which I have ever had in my inventory. It turned up recently, because it had been used as cardboard backing inside a picture frame. It was trimmed down from an original size of 22 x 14″ (56 x 36 cm.) to fit inside the frame, but that would have allowed for a lot of blank space. I am offering this poster without attempting to reconstruct the missing area, since the vast part of the actual printed area is present.

“George Eldridge Van Paul, the son of a white father and a black mother, is brought up to believe that he is completely white. He falls in love with Hester Morgan, a black girl, but when she learns that he is white, she refuses to see him. George is later told by his mother of his black heritage, and he becomes proud of his race. Hester then accepts his proposal of marriage.” – AFI.com

This is a lost film. I have never seen ANY other image from this film, and this poster is apparently all that has survived. Aside from having been trimmed, poster is near fine, overall VERY GOOD-.