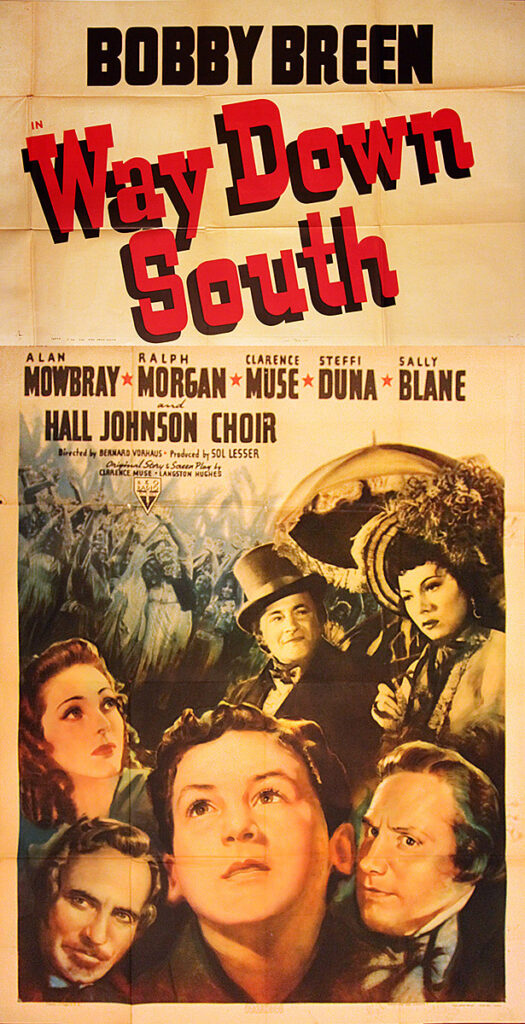 A very scarce large-format poster for this film co-authored by Langston Hughes and actor Clarence Muse. This was Hughes’ only screen credit during his lifetime. He worked here with Muse, himself a distinguished film actor, to create a film with a more three-dimensional portrayal of African American life in the Old South.

Their screenplay was inevitably compromised by the timidity of the studio, but the film, just the same, is arguably the only one written by African Americans and produced by a major studio in the 1930s.