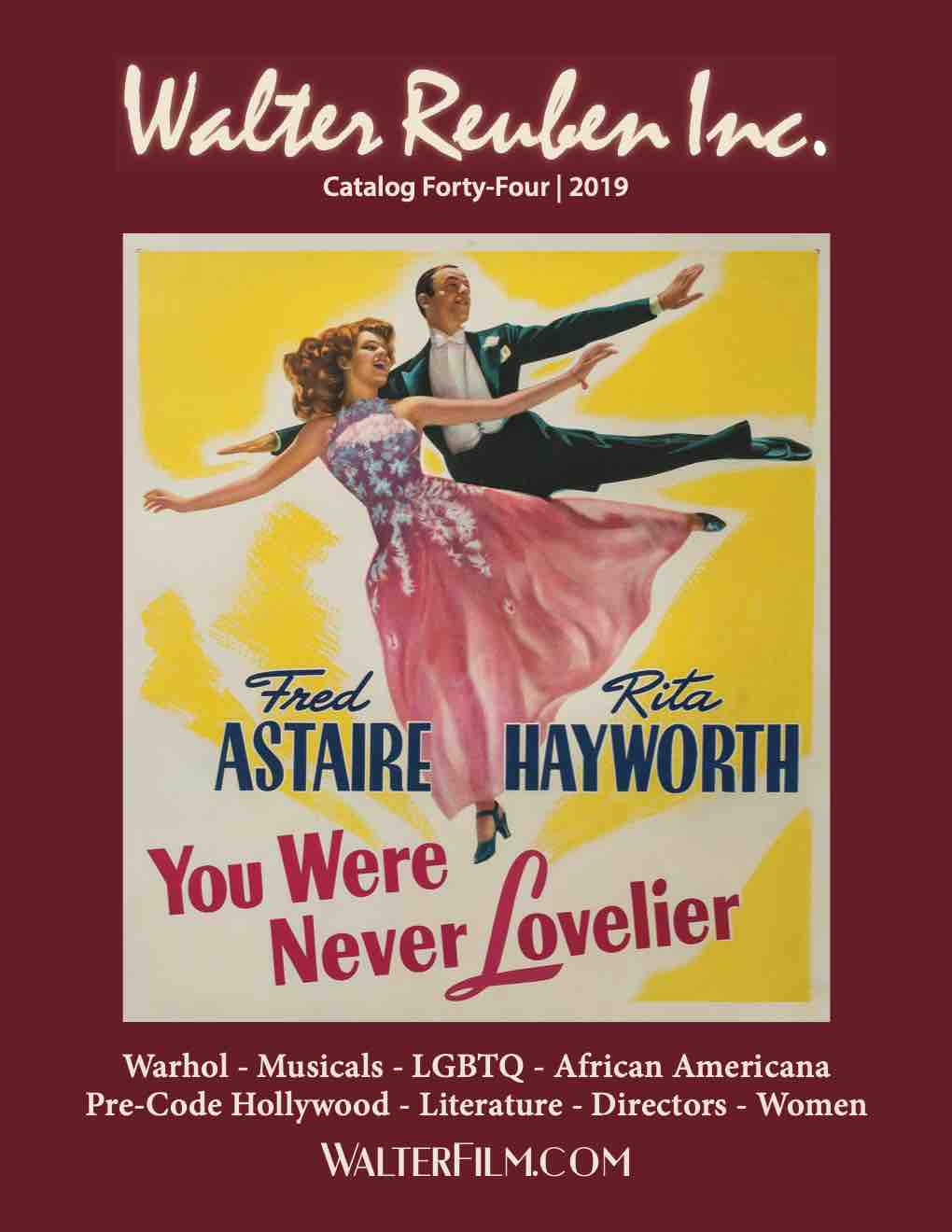 The catalog’s cover (above) is graced by a in-flight image of a dancing Fred Astaire and Rita Hayworth (attributed to photographer George Hurrell) from the 1942 poster of Columbia Picture’s “You Were Never Lovelier” (see below).

The following are the Categories included in the Catalog along with a brief description and two example pages. You can experience the actual catalog in a flip-file that will allow you to view it as though you were holding it in your hand and flipping from page to page by clicking “View Catalog.”

We hope you enjoy exploring this remarkable collection; and, should you care to purchase a piece (assuming it hasn’t already sold), just go to the website and search for the item’s name or contact us at 323-422-1564 or email us at info@walterfilm.com.